As most things do, the European Society for Cognitive Psychology (ESCoP) started as an idea in someone's head. Or, as fate would have it in this case: in the heads of two people. At this point in time, halfway through the eighties, The United States dominated a lot of research. Not just in psychology, but in various scientific fields. And as a response, a lot of European initiatives started to sprout up . Because of this, two of the national psychology foundations, the "Vereniging voor Psychonomie" in The Netherlands and the "Experimental Psychology Society" in Great Britain, had already had some meetings to see if they could cooperate more.

It takes no big stretch of the imagination to see how two leading figures in the research field at that time, both active in their respective societies, Alan Baddeley and John Michon, got the idea for something like ESCoP almost simultaneously. It remains shrouded in the mists of history who called whom first, but after some consultation, the wheels on this idea started moving. There was a meeting of their societies in 1984 where Baddeley and Michon discussed their ideas and decided to get a few more people involved. And so they talked Wolfgang Prinz (from Germany), Paul Bertelson (from Belgium), Janet Jackson (one of John Michon's promovendi) and a few others into joining them.

Eventually, nine people got together in "De Doelen" in Amsterdam for lunch in late 1984 and there they decided that there should be a European Society for Cognitive Psychology. John Michon and Janet Jackson then organized the first ESCoP meeting in "Berg en Dal" in Nijmegen, The Netherlands, in September of 1985, so that this plan could came to fruition. And so it came to be, that on the fourteenth of November 1985, ESCoP was born.

Deed of the establishment of the foundation

Pictures of the founding documents: 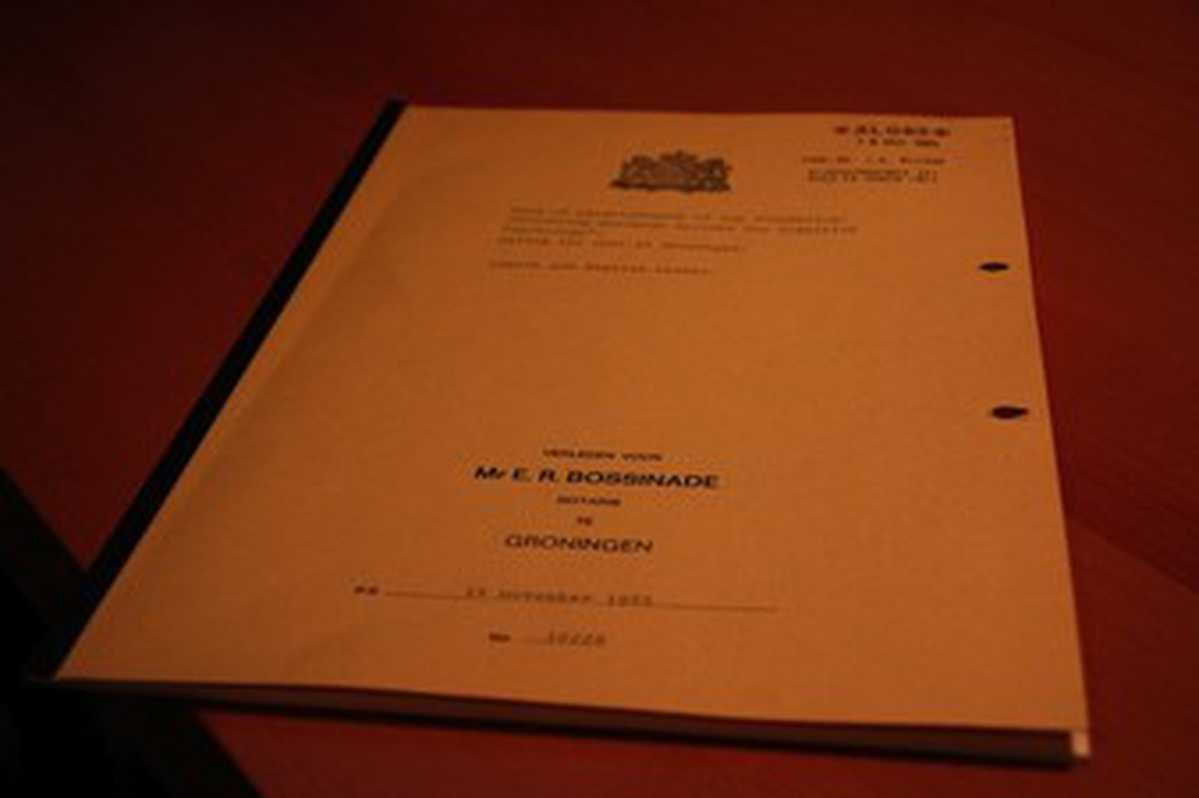 Why create ESCoP?
John Michon talks about the circumstances leading to the creation of ESCoP and his first contact with Alan Badeley.

Funding ESCoP video
John Michon tells the story of the fundation of ESCoP.

Filling a Gap
Alan Baddeley talks about the gap in the world of cognitive psychology which ESCoP strove to fill and his first contact with John Michon.

Ambitions and funding
Baddeley talks about the original ambitions for ESCoP, the early funding of the society and the events leading up to the first ESCoP meeting.

Founding priorities
Alan Baddeley talks about the goals and priorities the Gang of Five set in creating ESCoP, and reflects on their choice to start out as a 'stichting'.

Who to invite?
Baddeley explains how they decided who to invite to the first ESCoP meeting.

The English factor
Alan Baddeley explains the importance of the rising popularity of the English language to the timing of the formation of ESCoP.